What is a rapper without his music producer, and what is a club without its Disc Jockey? This post goes out to all my DJs spinning the hottest music in the clubs, and for the hit makers in the studios. As a fan of so many genres from Hip-Hop, R&B, Rap, Soft Punk/ Rock, Indie, and even Neo-Soul, just to name a few, we sometimes forget about

the men and women behind the scenes. These men and women are the beat makers, the engineers, and the real reason why we are able to get up and dance to our favorite music artists.  I’m here to to pay homage to DJ and music producer @BDPSoundz (IGname), music producer @FreezeontheBeat (IGname), and artist, music producer, videographer, and dancer @Two7teen (IGname). These guys wear many hats, but most importantly they are great at making you ‘Turn Up Every Got Damn Where You Go!’

@BDPSoundz aka Brandon Pope has created amazing music and beats at the young age of 22 years old. He was born and raised in Decatur, Georgia, where he established a lot of his creative musical attributes as a music producer and now a DJ. As a Columbia High School alumni, Brandon found his love for music while being in the band. He first started making instrumentals for his long time friend and classmate Jamarcus King, rapper/music artist, and the rest is history. He purchased his own DJ software equipment and was self-taught, while attending college at Bethune Cookman University. After interning with many musical scholars and technology specialists, @BDPSoundz moved backed to Decatur, last year, to pursue his extravagant DJing career. He enrolled into SAE in Atlanta, Georgia to expand his knowledge and experience as an audio professional. He has spinned records in the hottest clubs and lounges in Atlanta, Georgia. Today, he continues to spin records and make timeless beats in the studio. If you reside in Atlanta be on the lookout for BDP Soundz as he grows as the “the #1 Producer in ATL”! To contact BDP or to hear some sounds go to BDPSoundz.wix.com/bdpsoundz. 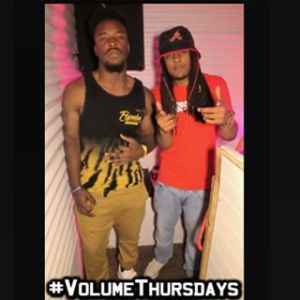 Let’s take it to the West Coast, also known as the Best Coast for diversified Hip-Hop music in the U.S. Mr. Freeze aka @FreezeOnTheBeat, is a 23 year old highly-profiled music producer from California. He is noted for making beats for Mr. Taylor Or Die himself, Wiz Khalifia, YG, Dizzy Wright, and Layzie Bone from Bone Thugs n Harmony. You can catch him on Instagram giving his followers little snippets and samples of his beats. He is always working on something new, fresh, fly, and Kloud9-like. Freeze is a self-taught musical genius that is always in the studio cooking up fresh beats for anyone willing to spend their money. #AintNoFreeBeats !!! Freeze is also famous for his love of Weed smoke. He is always photoed at Pot Festivals, dabbed in steezed Weed-supported tees/clothing, and hanging with the biggest, talented, and famous potheads on the West Coast. Right now, Freeze is working on the Funk Volume 2015, Dizzy Wright’s #TheGrowingProcessTour, and many more unspoken projects. So if you hear, #FreezeisOnTheBeat don’t say I didn’t warn you. It’s good to see young black men pushing limits in music! Shout to you Mr. Freeze. If you want to hear some beats by Freeze go to
itun.es/us/dccV6. 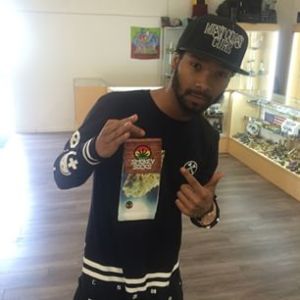 Let’s head back to the Southeast to Atlanta, Georgia with Mr217, @two7teen. At the young age of 21 years old, Mr 217 has accomplished so many things in music. As a young man, born and raised in Decatur, Georgia, @two7teen, was influenced by the Hip-Hop culture and dance scene in Atlanta. From as early as my senior year (2010), Mr217 has been making hits like Bang Bang Boogie in 2010, to the famous Strong Arm Flexxin and Throw Dem Bowz in 2014-2015. He has produced music for Atlanta artists/dancers The Ratchets, Bankroll Fresh with Street Exec, and even the hit song/dance “Drop” by Merlo ft. Mr 217. I’ve told @Two7teen on Instagram more than once that he is very inspiring. He has so many more projects in the making, like his new upcoming movie that he is working on this summer, more music with popular artists, and even his own music. He is one the many reasons why Atlanta is so hot right now in music, owning the #NewAtlanta #YoungAtlanta mindset. I don’t want to give you guys too much info on him for right now, because we will be interviewing @two7teen real soon. To contact Mr217 for beats and bookings follow him on Instagram @two7teen or check out his work on https://www.youtube.com/user/mrtwoseventeen/featured. 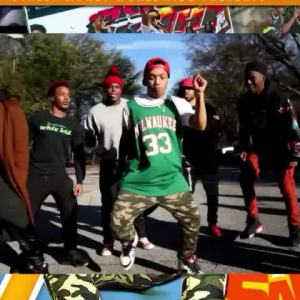 All three of these DJs/ music producers are very talented and successful hit makers. They all have an alluring passion for music, and they continue to thrive in their industry. I love how these three young men are constantly delivering amazing musical projects, and how they are hungry for more and new work. You guy’s work has been appreciated and noticed by the NoExpectations4Us Team, thank you @BDPSoundz, @FreezeOnTheBeat and @two7teen for awesome head bangers! Keep pushing limits and musical boundaries.