We are starting off the week with something refreshing, something everyone will enjoy, and something everyone needs in their daily lives. New music, new music making people, and HOT MUSIC MAKING PEOPLE. It is MUSIC MONDAY MADNESS and we are proud to highlight the hottest young people in music today. These young people have pushed themselves, their crafts, and their talents to elevating levels in Hip-Hop, R&B, and in Rap. Today’s MUSIC MONDAY MADNESS artists are @iKendre’ , @JamarcusKingATL, and @BrotherlyLove215. 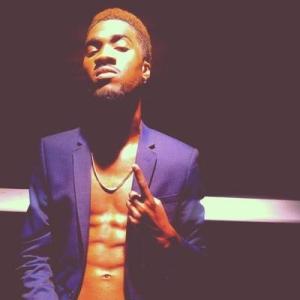 @iKendre (Instagram name), best known as Kendre’ Berry is an exemplary R&B singer, songwriter among many other things. Many of you may know him as an actor starring in TV shows and movie films such as Girlfriends, Ned’s Declassified School Survival Guide, Six Feet, and Ultimate Avengers 2, just to name a few. Kendre grew up in Flint, Michigan with his parents. He was inspired to perform from his theater actress mother, Telishia Berry, and stand-up comedian father, Ken Berry. The love for entertainment and amazing talent runs in the family. Although, Kendre excelled in acting at such a young age, singing and songwriting is a major passion for him. He’s published songs like “Insane”, Or Nah Remix”, and “Got Me Stuck”, which can played and listened to on his verified YouTube and Soundcloud.com/ikendre.

@JamarcusKingATL is a conscious rapper and songwriter from East Atlanta aka Decatur, Ga. He is a Columbia High School alumnus that played music in the band for many years. His passion for rapping emerged at a young age, but was taken seriously in 2009 when he was 15 years old. Jamarcus King’s close friend/brother @BDPSoundz made his first beat that Jamarcus rapped on, and the rest is history. Jamarcus King has published songs like “Want it All”, “Politely”, and “YNWDM”, just to name a few. This summer, he recently signed a recording contract with “LaPointe Entertainment”, a recording label based in Atlanta,Ga. Don’t be surprised if you see Jamarcus King on a Tv near you soon because his music is something special. To purchase his music from iTunes click on the link http://itun.es/us/wKbG6 right now. 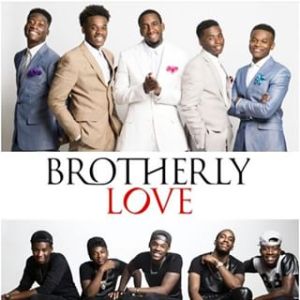 Last but not least, we have Philadelphia’s Finest, @BrotherlyLove215 (Instagram name). BrotherlyLove is a 5 member group with a rich, soulful, and youthful sound. These young men have sung songs at the Philadelphia 76ers game, Phillies baseball game, and for President Barack Obama at a Pennsylvania’s Governor’s meeting. Recently, BrotherlyLove opened up for singer, songwriter, Chris Brown on his #OneHellofANight Tour in Philly. Many people haven’t heard of this sensational , young, but talented R&B group, but they are on the come up. With the talent deliverer @CharlieMackFirstOut as their manager, there’s nothing these young men can’t do. Congrats, boys! Continue to showcase incredible talent Straight Outta Philadelphia.

No Expectations 4 Us is a group of intelligent, creative, artistic, and inspiring young people willing to push the limits of societal expectations and voice the issues of today. We want to show the world a first look of up and coming artists, musicians, entrepreneur, writers, videographers, comedians, actresses, etc. These young people are following their dreams in any and every field and industry they step in, and refuse to look back. We share videos and posts of interviews on issues such as music, poetry, race, gender/ gender roles, religion, non-religion, spirituality, sexuality, love/hate and any other controversial issue that can be debated. We publish your views. We voice your opinions. We show your photos, and we acknowledge your accomplishments to show the world how amazing the youth is. View more posts