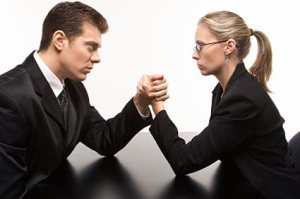 The idea of Men versus Women has been a controversial topic for many centuries. From politics, to religion, to society, and even the entertainment business; the idea of one sex being superior over the over has polluted many minds all over the world. What is the issue with the difference between men and women? Whatever the issue may be, it has always left women at the bottom of the totem pole to uplift the male self-esteem while disregarding the significance women have played in all aspects of life.

For centuries, society has constructed and implemented laws and rules for the people it governs based on their interpretation of religion. Depending on the culture and the country, those who’ve been in power used their religion to justify implementing ideologies pertaining to the superiority-inferiority relationship between men and women on their citizens. “It is a Man’s World”, a phrased over used by many societies that enforced that a man is the head of all households, and for many years the only bread winner. Men have been trained and manipulated for centuries to be athletic, be aggressive, to not show their emotions, and to exude a womanizing sexuality. Women have been quoted to be “emotional creatures”, vulnerable, nurturing, talkative, free-spirited, which has been deemed as “weak” when compared to men.  Men have been told to be strong and controlling, while women have been beckoned to be meek and stay in their places. However, the world has constructed this idea that by nature, men are superior to men, without honestly observing the patterns of societal influence on their differences between a man and a woman.

According to many scientists, biologically speaking, men and women are more similar than different. Yes, men have  XY chromosomes and women have XX chromosomes, but the influence of the way a child is raised by their parents distinguishes these “superiority-inferiority” relationships that have polluted many minds for centuries. There has been continuous separation in treatment between males and females from the color-identity that ‘supposedly’ represents males (blue) and females (pink), the man-made clothing styles between men (pants/shirts) and females (dresses), and even mannerisms. Some psychologists say that it is the way parents’ influence their lifestyles and ancient teachings on the next generation of young people that influences this idiotic theory that men and women are drastically different because of genetics. Yes, there are small differences, but most internal influences are man-made through culture, not genetics.

In all honesty, if people saw the many similarities between these two sexes the world would be much more peaceful. Many ideologies, religions, social and financial statuses wouldn’t exist. The art of separation and hierarchical exploitation increases the drive for competition and miscommunication between people. Both men and women are uniquely made, both share emotions, both are vulnerable and strong, and they should both be treated with love and respect. Hopefully, one day the miscommunication and the unbalanced treatment between these two sexes will be broken and a new appreciation for men and women, without division, will go without judgment.

No Expectations 4 Us is a group of intelligent, creative, artistic, and inspiring young people willing to push the limits of societal expectations and voice the issues of today. We want to show the world a first look of up and coming artists, musicians, entrepreneur, writers, videographers, comedians, actresses, etc. These young people are following their dreams in any and every field and industry they step in, and refuse to look back. We share videos and posts of interviews on issues such as music, poetry, race, gender/ gender roles, religion, non-religion, spirituality, sexuality, love/hate and any other controversial issue that can be debated. We publish your views. We voice your opinions. We show your photos, and we acknowledge your accomplishments to show the world how amazing the youth is. View more posts